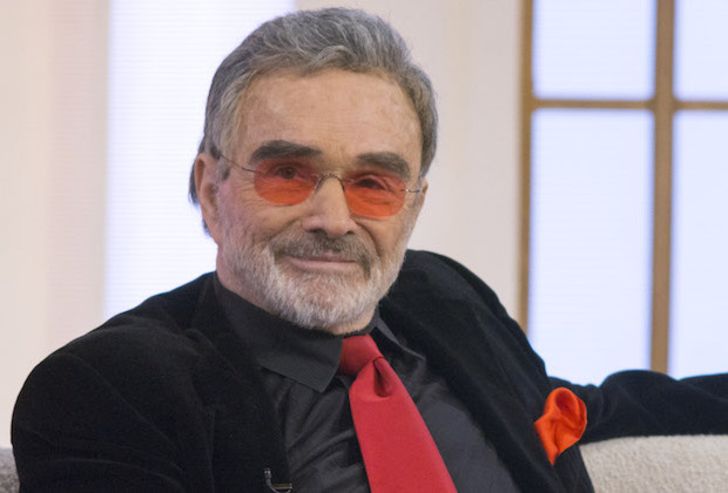 How Much Was Burt Reynolds’ Net Worth?

At the time of death, in 2018, Burt had a net worth of around $5 million. Sources cite that the late actor used to earn in million dollars figure however went bankrupt due to legal issues and unmanaged financial calls.

How Did Burt Reynolds Earn $5 Million In Net Worth : Income Sources, Earnings & Career

In his professional career of over 60 years (1958-2018), Burt Reynolds appeared in numerous movies and TV shows. Sources cite that during the height in the 80s, Reynolds used to earn the salary of $10 million per movie on average.

Though, after his career declined since the mid-1980s, he couldn’t recover.

For a fact, Burt turned down the offer for the movie Terms of Endearment (1983) to play astronaut Garrett Breedlove. Rather, he worked in a car chase comedy Stroker Ace (1983) which was a box office fail with only $11.4 million gross upon $16.5 million budget.

On the other hand, the Terms of Endearment‘s role had gone to Jack Nicholson and also won an Academy Award.

As reported, back in the 1980s, Burt Reynolds had an estimated net worth of $60 million after taxes, which turns to be $150 million as of today (adjusting for inflation of 2019).

But, during his second marriage prenup in 1988, the late actor announced his worth to be $15 million only.

And according to various online sources, at the time of death in 2018, Burty Reynolds was worth only $5 million. While Celebrity Net Worth claims that he held a fortune of $3 million.

In overall, the late actor’s worth had drowned and the reasons were a series of failed movies, bad investments, and divorce settlement issues that even led him to bankruptcy.

Even though he had appeared in 47 movies after filing bankruptcy in 1996, it was not enough to give him a flight to massive fortune height.

The late actor’s most recent TV appearance was in My Name Is Earl (2006-2007, 2009) where stars like Jason Lee, Ethan Suplee and Roseanne Barr have worked.

Also, check out the movie credits & earnings of Reynolds:

Fact: Burt Reynolds earned 15 directing credits; directed the movies like The End (1978) and Sharky’s Machine (1981) which made a box office collection of $44.91 million and $35.61 million respectively.

Despite a sound acting career, the unmanaged financial flow led the actor to severe financial problems, resulting in the filing for Chapter 11 bankruptcy in 1996.

Burt’s bankruptcy detail stated $6.6 million in assets and $11.2 million in debts, including the most embarrassing unpaid $121,000 to his toupee maker.

Why did Burt go bankrupt? Here are the reasons.

Due to debts, Burt Reynolds had to sell his movie memorabilia and prized possessions. Back in 1999, his ranch so-called Burt Reynolds Ranch was sold to Palm Beach County School District for $3.8 million.

For a fact, the rach hosted for filming the movies like B.L. Stryker, Smokey the Bandit II and Striptease.

Sources reported that he also owed $1.2 million on the mortgage payment for his Florida house.

No doubt that during his career height, Burt Reynolds lived a lavish lifestyle. Before his death, he had owned enough in terms of finance and lived the life everyone merely dream of. He owned several expensive mansions and several luxury cars as well.

He Owned Many Million Dollar Mansions Across The United States

Also, as one of the prominent Hollywood figures, Burt indeed owned many jaw-dropping assets until the bankruptcy hit him really bad.

Back in 1988, Burt Reynolds bought a mansion in Beverly Hills which was later sold to celebrity designer Steven Hermann in 2008 for $5 million.

As reported, until his last breath in 2018, Burt lived in his rented Jupiter, Florida house. Actually, the late actor owned that property which he had bought in 1980 for $700,000.

Following a series of financial problems, in 2015, Reynolds sold the Jupiter mansion to his real estate tycoon friend Charles Modica for $3.3 million and was offered to live in rent.

He Was Fond of Luxury Cars

Well, Burt was fond of luxury cars and held a jaw-dropping collection. Before some months of his death, the actor was preparing to sell his movie-alike cars.

Apart from expenses on daily life luxury, he used to spend on costly clothes, travels, and tax payments.

Like all other Americans, Burt Reynolds was liable to tax payments including property and income tax. In average, America levies 0%-4% of assets’ assessed value as property tax while income tax comes in the bracket of 10%-37%.

The late actor never opened up about his details on his endorsements along with its earnings.

But surely, while in his career height, Reynolds was a demanded face by brands and certainly pocketed hundreds of thousand dollars.

While alive, Reynolds was active in charity works and had associations with many non-profit organizations. Even more, he used to make huge donations that made news headlines.

Back in July 1993, he donated $75,000 in various charities, which he had received from the ribbon-cutting ceremony at Harrods London store. The revenue was distributed to:

Over time, his family moved across the United States until they settled in Riviera Beach, Florida in 1946 after Burt’s father, an ex-US army became the Chief of Police of Riviera Beach.

Later, Reynolds enrolled at Florida State University, where he initially was a footballer and later transited to acting.

The Gunsmoke actor died of a heart attack on September 6, 2018, Jupiter Medical Center in Jupiter, Florida, the USA. His body was cremated at the Gold Coast Crematory in Florida.

On September 20, 2018, his private memorial service was held at the funeral home in North Palm Beach, Florida, attended by Sally Field, Lee Corso, and Doug Flutie.

Well, the late had been married 2 times in his life but divorced with both. First, he was married to English actress Judy Carne from June 28, 1963, to July 9, 1965. For a fact, the former duo never shared any children.

Then, Burt Reynolds exchanged vows with Loni Anderson, his second wife on April 29, 1998. However, after 6 years of marriage, they divorced on June 17, 1994.

Even though the former couple didn’t share any children, they adopted a son named Quinton A. Reynolds, born on August 31, 1988.

Did you know? Burt had temporomandibular joint dysfunction after he struck his face in with a metal chair while filming the 1984 film City Heat. Also, the late actor had lost 30 lbs weight due to irregular appetite caused by painkiller addiction.