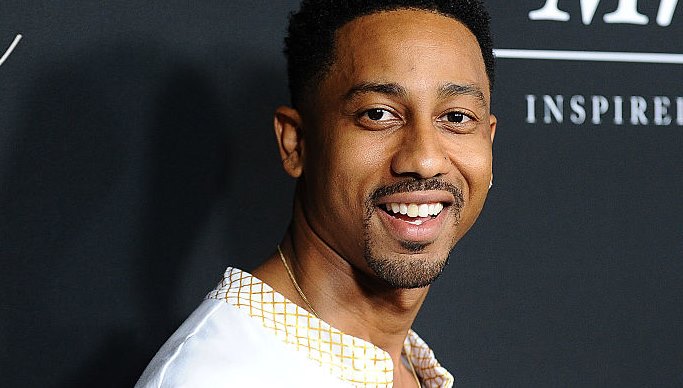 Brandon T. Jackson is a comedian and actor known for his films like ‘Roll Bounce’, in addition to this, he is also a rapper who has collaborated with some big names like T-Pain.

Jackson is also a writer and became immensely popular after he played Alpa Chino on the 2008 comedy blockbuster, Tropic Thunder.

How Much Is The Net Worth Of Brandon T. Jackson?

Brandon T. Jackson has a net worth of around $6 million as of May 2020. He earned this fortune from an extensive career in acting.

Jackson has worked in show business for more than 20 years, during that time he has given a lot of memorable performances in comedy.

The comedian is a decent earner in show business, according to Celebworth, he has a yearly salary of around $1 Million per year.

Brandon started his career on film in 2001 with Nikita Blues, the same year he also appeared in an uncredited role on Ali. The next year, 8 Mile was released on which he starred alongside Eminem. A short break later, he returned to the big screen in 2005 with Envy.

In 2005, he also starred on Roll Bounce and House of Grimm. Then in 2007, he starred on This Christmas and Big Stan.

Similarly, 2008 saw the release of Tropic Thunder on which he played Alpa Chino working alongside Ben Stiller, Robert Downey Jr., and Jack Black. This role skyrocketed his popularity. The same year, he was also featured on Days of Wrath, The Day the Earth Stood Still, and Cuttin’ da Mustard.

Brandon T. Jackson had a small cameo role on Fast & Furious in 2009. A year later he starred on Tooth Fairy working alongside Dwayne Johnson.

In 2010, he was also a prominent character on Percy Jackson & the Olympians: The Lightning Thief. The next year in 2011, he played a role in ‘Big Mommas: Like Father, Like Son’ which got him a Worst Actress Raspberry award nomination.

He worked in a few minor roles before reprising his role as Grover Underwood on Percy Jackson: Sea of Monsters. Some of his other well-known films are Approaching Midnight, Get a Job, Eloise, The Year of Spectacular Men, etc.

Jackson’s first on-screen role was in 1999 when he starred in Norm. In 2001, he also had a small role in The Zeta Project. A short break from the small screen later he was cast in the TV movie Super Sweet 16: The Movie.

Brandon played minor roles in Raising Hope and Californication before getting the main role in Deadbeat, which was a supernatural comedy series on the Hulu network. The show aired from 2014 to 2016.

After appearing on Drunk History and Wild ‘N Out in 2014, he was cast in the main role of Mr. Robinson in 2015. Starting the same year he made numerous cameos on BoJack Horseman. He also worked on American Dad! In 2016 and Face Value in 2017.

Jackson is dating Denise Xavier as of May 2020 with whom he shares a daughter, he dated Annie Ilonzeh in the past. Apart from this, there is no information about his love life.

He has confirmed that he is not gay and even playing a gay closeted character on Tropic Thunder was a huge undertaking for him as it did not comply with his religious beliefs as a Black Hebrew Israelite. He also added that wearing women’s clothing was breaking one of his religious laws.