Skip to content
Home » Doctor » As COVID-19 Is Spreading Faster, The World Is In Urgent Need Of Next Jonas Salk

As COVID-19 Is Spreading Faster, The World Is In Urgent Need Of Next Jonas Salk 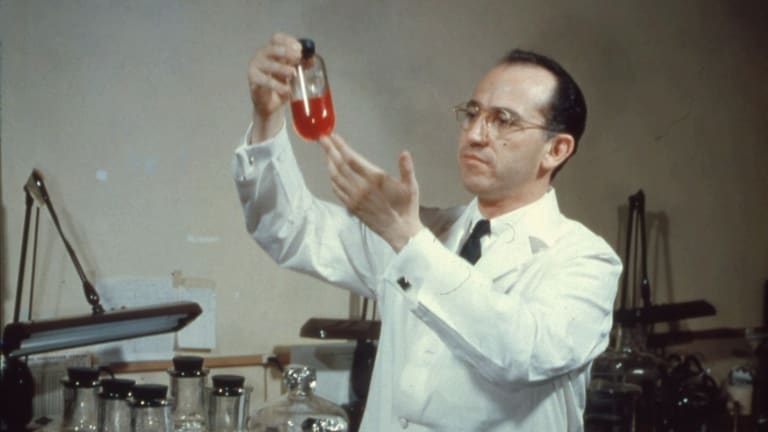 Jonas Salk is a hero who developed the polio vaccine, in the midst of a global crisis caused by the deadly poliovirus; he became a beacon of hope for the thousands affected.

At the time, no effective way had been found to treat the virus that causes intense physiological, motor, and psychological damage.

He is called the father of Biophilosophy but is perhaps best known for not patenting the vaccine which could have made him a very rich man.

Even more impressive than this fact, is that he tested the vaccine on his own family.

In addition to this, Salk also tried to develop Remune, a vaccine that can slow the progression of HIV into AIDS.

Salk had a lab that was provided to him by the University of Pittsburgh School of Medicine, the lab was small, and he had to work under the restrictive rules of the university.

He was then asked to find out if there were more types of polio than the three known at the time.

He formed a team and gathered the necessary supplies in the first year. He would later join the National Foundation for Infantile Paralysis’s polio project, and after much publicity, the program received $67 million in funding.

The major difference between Salk and his peers was that he opted to use the killed virus rather than the weakened one, effectively decreasing the risk to the patient. Due to the publicity received by the program, they were provided $67 million in funding in the year 1955.

He then tested the vaccine which used the ‘dead’ virus on various children in 1954, and by April 1955 the vaccine was announced safe.

The research was funded by the March of Dimes, and the foundation knowingly went into debt to allow Salk to continue research.

Salk Did Not Make Profit From Making The Vaccine

Although he got huge fame and was revered by people all over the world, Jonas Salk did not file a patent for the vaccine he had developed, which meant that he did not get any of the profits from the global use of the medicine.

He clarified when asked who owned the patent “The people, I would say. There is no patent. Could you patent the sun?”. He also said that due to the more than 100 million contributors via the March of Dimes foundation that the vaccine was owned by the people.

According to an estimate by Forbes, Salk could have earned around $7 billion if he had chosen to patent the vaccine.

It comes as a shock to know that Salk, the developer of one of a vaccine to combat one of the most dangerous diseases in human history.

The poliovirus which paralyzed 13,000 to 20,000 people yearly, according to an online source, was effectively almost eradicated because of the intense research by Salk but was never given the Nobel prize.

However, the institute on his name, Salk Institute for Biological Studies located in California has produced 5 Nobel prize winners.

Importance Of A Figure Like Salk During The Global Pandemic

While health workers and research teams all around the world are working round the clock to try and develop a vaccine, countries like the USA, Australia, and the UK are pushing to become the first ones to produce a vaccine.

The vaccine, if developed, should not be patented and should be offered to the public for the least amount of money. Salk did not patent the killed-virus polio vaccine; similarly, a vaccine like this should be distributed for the better of the whole humankind.

New cases are appearing rapidly in the US as many citizens violate stay at home orders and protest the lockdown imposed by the Government. President Donald Trump himself has Tweeted multiple times to “liberate” various states.

How Close Are We To A Coronavirus Vaccine? Is There A Cure For COVID-19?

There is a lot of confusion, and due to misinformation, many people believe that Hydroxychloroquine is the cure to Coronavirus, but there is no scientific evidence to support this fact.

Some leaders in the USA have hyped Hydroxychloroquine, which is primarily used for malaria and lupus medication, to be used as a ‘cure’ for the virus.

The hype is so big, that a vaccine expert was removed from his post for resisting the hype. There is no scientifically proven cure as of April 2020.

A vaccine, on the other hand, might be close to being found, (emphasis on might). Germany and the UK have already cleared some companies to start human trials for the vaccine they will observe in a controlled if they are inoculated or not.

As a matter of fact, the WHO has said that 6 vaccines are in the testing half of them in China.

In fact, Twitter CEO Jack Dorsey donated $1 Billion to the effort. He later donated a lot of money again in collaboration with Rihanna. Similarly, numerous other celebrities have also chipped into the fight against Coronavirus.

Vaccines are developed with a weakened and killed virus that mobilizes the immune system to fight against the virus. A risk of vaccines is that if they are not properly tested and made safe, they can cause various symptoms in the patient.

The WHO has outlined the risk of a new vaccine in a detailed study by esteemed doctors that you can read here.

The efforts to open the Salk Institute for Biological Studies were started in 1960. After the establishment, it has continued to add onto Salk’s work.

The land of the institute was a gift by the city, and the organization operates with the funding by March Of Dimes. The institute has produced 5 Nobel prize laureates.