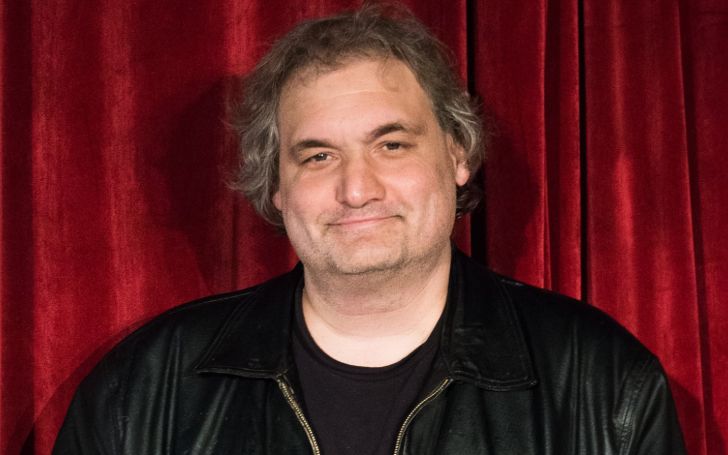 Artie Lange, 52, is an American stand-up comedian, actor, author, radio personality, and podcaster who is best known for his tenure on the sketch comedy series Mad TV.

A Short Biography Of Artie Lange

Arthur Steven Lange Jr. was born on 11th October 1967 in Livingston, New Jersey, the United States of America to Judy Caprio and Arther Lange Sr. He holds an American nationality and comes of mixed (Italian, German, and Native American) descent.

He went to Union High School, where he played baseball and became an all-county third baseman.

He then attended the Connecticut School of Broadcasting from March to June 1987. In 1985, Artie gained admission to Seton Hall University in New Jersey.

How Much Is His Fortune?

According to Celebrity Net Worth, Lange is estimated to own a net worth of $500 thousand as of December 2019. He garners his wealth from his professional career as a comedian, author, actor, and radio personality.

Artie has been professionally active in the entertainment industry since 1987. We can say that he earns above the average range, thanks to his career of 32 years.

Lange performed his first stand-up comedy routine at the age of 19 at The Improv in Hell’s Kitchen, Manhattan, on 12th July 1987. In 1988, he took acting classes for about three weeks from Sandy Dennis at HB Studio in New Jersey.

As of February 1991, Artie began working as a longshoreman at Port Newark loading ships at its orange juice pier. That year, Lange earned around $60,000.

In September 1992, Artie quit his longshoreman job to focus on a comedy career and started driving a taxi in New York City to clear his expenses.

His first paid gig as a stand-up comedian was at the United States Merchant Marine Academy in Kings Point, New York, for $30. In 1992, he became a paid regular for the first time at Stand Up NY in Manhattan, where he would perform a 20-minute set from Tuesday to Saturday nights.

Within a year, he landed a role in a dinner theater play, catering halls, and touring restaurants across New Jersey. He also co-formed an improv troupe called Live on Tape, which sold out Caroline’s on Broadway numerous times.

At the age of 27, Artie was one of the eight cast members selected to star in the sketch comedy series known as Mad TV. He moved to Los Angeles to film the first season with a salary of $7,500 per episode along with a big signing bonus.

The filming of the second season began in August 1996. Artie’s time of the show ended in November 1996 when his agent and the show’s cast and crew attempted an intervention.

Lange made his breakthrough from the American comedy film Dirty Work where he played Sam McKenna alongside Norm Macdonald, Jack Warden, Traylor Howard, and Chris Farley.

On 13th December 2004, Lange released his first stand-up DVD entitled It’s the Whiskey Talkin’, which consists of 45 minutes of material he performed at the Tempe Improv in Tempe, Arizona.

As of 2009, Artie was earning $700,000 a year for working with Stern and roughly $3 million a year from stand up gigs. He went back home and booked three nights at Caroline’s comedy club in the same week earning $35,000.

On 21st May 2019, Lange was arrested on a drug court warrant for violating the conditions of his probation program. He was released on 10th June and began a new in-patient program.

On 10th September 2019, Lange left rehab and announced that he had been sober for more than seven months.

After being released from rehab, he performed his first stand-up routine at the Comedy Cellar in New York City. Artie then resumed regular stand-up gigs in the local area.

On 20th September 2019, Artie announced that he had signed a deal to start a new podcast. Artie Lange’s Halfway House premiered on 2nd December 2019 and is available on audio and video through The Comics’ Gym network.

Where Does Lange Reside?

The comedian resides in his penthouse located in Hoboken, New Jersey, which he purchased in 2001 for $620,000.

He was previously engaged to Adrienne Ockrymiek, whom he met at a tanning salon. The couple got engaged shortly and announced the engagement to his listeners on “The Artie Lange Show.”

In 2012, rumors sparked about the comedian physically abusing his fiancée for going out with her friends. They called off their engagement in 2014 for good.

Did You Know? Artie was diagnosed with diabetes in the early 2010s and requires daily insulin injections.