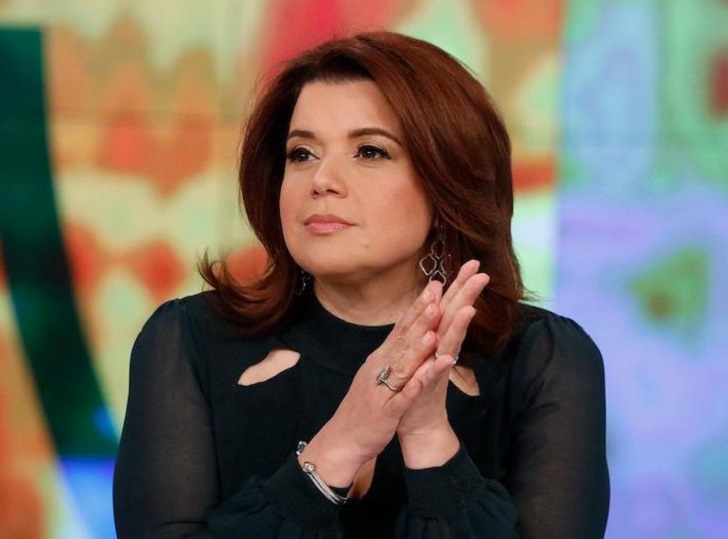 Ana Navarro is one of the high-energy political analysts as well as commentators for various known news outlets, such as CNN, ABC News, and more. The highly paid Republican campaign strategist Navarro shares hilarious and enlightening inside stories about the political leaders with her signature no-holds-barred candor and larger-than-life personality.

Besides, Navarro is also an outspoken critic of the current president Donald Trump so far. Let’s talk about her net worth, salary, and significant factors that play a major role in her wealth.

According to Celebrity Net Worth, Ana Navarro has an estimated net worth of $3 million as of 2020. Her vital role in the American political landscape and prestigious posts she holds on various reputed networks is the major driving force in her journey to $million.

In Feb 2014, Navarro joined ABC News as a political commentator. She also became a Friday co-host when Whoopi Goldberg, a Grammy Award-Winning actress, and veteran TV personality was off.

Similarly, Ana is also a political commentator on CNN and CNN en Español. According to some genuine online sources, she is paid $800,000 a year.

She was also named a “Republican power-consultant” by  The Miami New Times.

She Is An Outspoken Critic Of Trump

Ana is a staunch proponent to the Hispanic community so far, who spent most of her life working on the community’s various issues from the immigration, healthcare, to the economy. On, 7th November 2016, Navarro also revealed she voted Hillary Clinton during the 2016 presidential election.

Besides, Ana is a friend and adviser to Marco Rubio, the senior United States senator and Jeb Bush, a former Governor of Florida.

Ana Navarro has a house in Coral Gables, Florida. Sources suggest the Republican strategist bought the mansion with her husband Al Cardenas for $1.6 million.

Further information about their properties and possessions is yet to be disclosed.

Who Is Ana Navarro?

Ana Navarro was born on December 28, 1971, in Chinandega, Nicaragua. She holds dual citizenship American and Nicaraguan. She is the daughter of Violeta Flores Lopez and José Augusto Navarro Flores.

Navarro moved to the United States with her family at the age of 9, due to political turmoil. She did his schooling from the Carolton School of the Sacred Heart, a private Catholic college preparatory day school for girls.

Ana attended the University of Miami and obtained a Bachelor’s degree in Latin American Studies and Political Science in 1993. Moreover, she got enrolled at St. Thomas University School of Law and earned her Juris Doctor.

Navarro told Washingtonexaminer magazine that she first met her then-future husband Cárdenas more than 25 years earlier before they committed.

It wasn’t the right time back then, so we became very good friends through the years and through the decades. Finally, things fell into place, things worked out and we’re able to be here today.

The couple got engaged in 2018. As of now, the two reside in Miami, Florida.