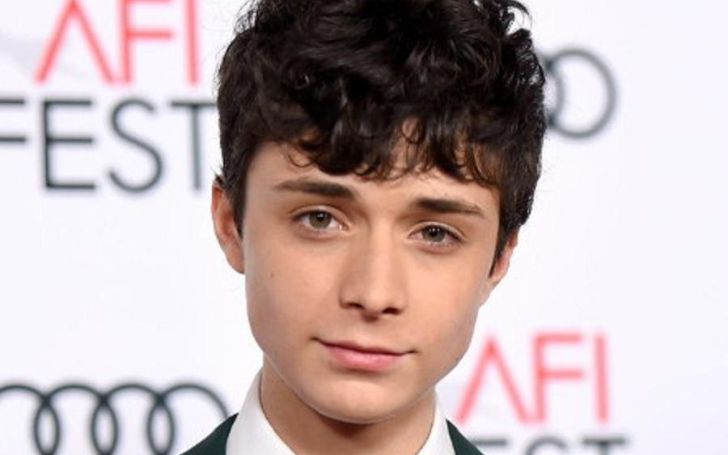 Lucas Jade Zumann is a young American actor who has won the heart of several fans with his extraordinary performance as Gilbert Blythe in the Netflix series, Anne with an E and as Jamie in the movie 20th Century Women.

While talking about his personal love life, he is on a love journey with his childhood mate. Here is all possible details on his love story which he has disclosed.

As of now, Lucas Jade Zumann is leading a very happy love life with his childhood friend, Shannon Sullivan. The pair started dating each other since high school days.

Sullivan took her Instagram platform to officiate the news of thier dating relationship with the Anne with an E star. On the other side, Lucas firstly posted the picture of him kissing his girlfriend with the caption, “already missing” on August 8, 2018.

Since then we can see lots of pictures of them flaunting thier love life on social media platforms. Once Lucas revealed his happiness for the fact that he is very happy and grateful to know his partner for a long time.

The young couple who is going very romantic in their relationship is living together. Also, the pair is working hard in thier own career to make thier own home as Lucas officiated on his post where he has posted the picture of them with the caption,

Building our home together has been one of the best experiences of my life.. despite all those little roaches. #weshowedthemwhosboss

While talking about Shannon, she has done an International major and is interested in speaking Spanish as well as teaching. She rums her own YouTube channel where she teaches language to her viewers.

After the duo made their dating life public, he appeared on Shannon’s YouTube channel on September 2, 2018. During the video, the duo revealed how their love life is. Shannon and Lucas went to the same school and they’d learned the language in school.

The pair is doing great to balance their love as well as professional life.