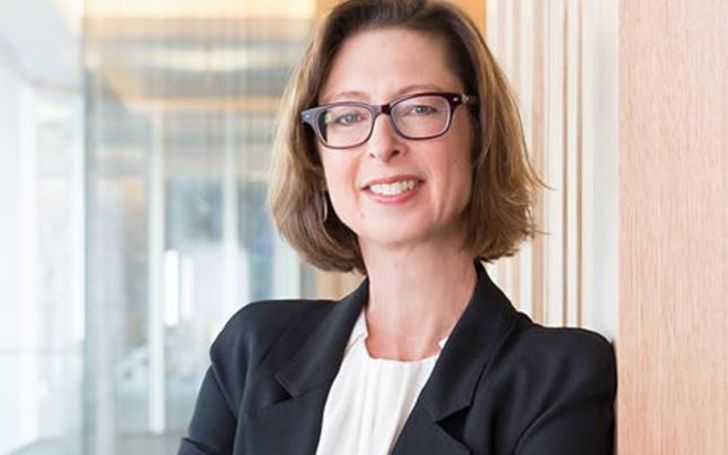 Abigail Johnson, 61, is an American businesswoman who is the President and CEO of the American investment firm Fidelity Investments (FMR). With ownership of the 24.5% stake in the company, Johnson is one of the wealthiest women in the world with a net worth of $22 billion as of 2022.

Well, the businesswoman also serves as the chairman of FMR’s international sister company Fidelity International (FIL). In November 2016, Abigail was named the chairman and will remain CEO of Fidelity with full control over 45,000 employees worldwide.

Belongs From Family of Business Background

She is of American nationality and has white ethnic ancestry.

Johnson went to Buckingham Browne and Nichols private school and later Hobart and William Smith Colleges from where she graduated with a Bachelor of Arts in history in 1984. Later, Abigail obtained her MBA from Harvard Business School.

From an Analyst To CEO Of ‘Fidelity Investments’

Following her graduation from Harvard, Johnson joined Fidelity Investments as an analyst and portfolio manager; the company founded by her grandfather Edward Johnson II.

By 1994, Johnson secured the place of Associate Director. In 2001, she was promoted to President of Fidelity Asset Management making her the third most powerful individual in the $1.4 trillion company.

Although the company was managing $900 billion and $100 billion worth of domestic and overseas mutual funds, the company faced two challenges. To remedy the situation, Johnson tweaked the company policy of small and incremental growth to include periodic mergers and acquisitions.

She encouraged aggressive buying and selling in the open market without looking at market indices. As of May 2005, Johnson took over the real estate division of Fidelity as President.

In 2014, Abigail became the CEO and president of Fidelity International & later was named the chairman of the company, succeeding her father Edward C. “Ned” Johnson III.

How Rich Is Abigail Johnson?

As per various sources, the Johnson family owned a 49% stake in the company out of which 24.5% was held by Abigail herself; the company has about $2.7 trillion in assets under management.

According to Forbes, Abigail Johnson is estimated to own net worth of $15.6 billion as of 8th December 2019. On the other hand, Bloomberg estimated her fortune at around $17.8 billion.

Celebrity Net Worth estimated her worth at around $12 billion in 2018.

The 58-year-old reportedly resides in her Milton, Massachusetts mansion along with her husband. The median house price in Milton ranges around $799,000 which goes up to millions of dollars.

Who Is Johnson’s Husband?

Abigail tied the knot with Christopher John McKown in 1988.

The couple is blessed with two daughters: Julia and the other one’s identity is not revealed.

Did You Know? Abigail donated the maximum amount of $2,700 for presidential primary campaigns to Republican presidential candidate Jeb Bush.