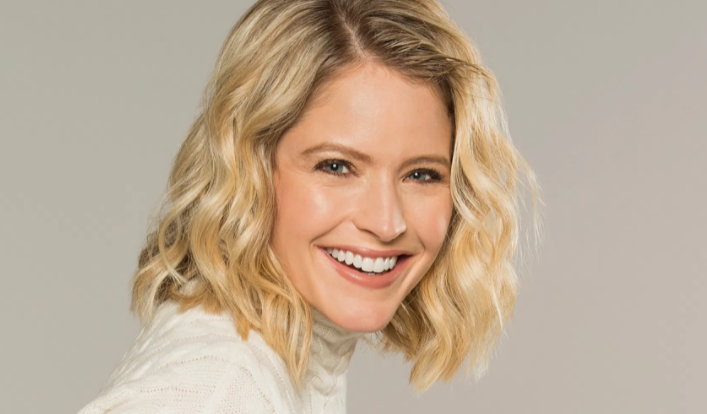 Sara Haines, an American journalist & talk show host is a professional since 2000 & has worked with famous programs such as NBC’s Today Show and ABC’s The View.

Is A Millionaire: How Much Net Worth Sara Haines Owns In 2020?

Haines is working as a TV host for over 19 years & having worked with NBC & ABC, the American TV show co-anchor indeed garnered a massive sum of money, which stands in the 7-digit figure.

According to Celebrity Net Worth, Sara Haines, currently, 42, has a net worth of $6 million as of February 2020.

Even though the American talk show host is yet to open up the actual figure of her earnings, she allegedly earns hundreds of thousand dollars per year.

Reportedly, a reporter at ABC with some years of experience earns $87,153 per year.

Formerly, from September 2016 to August 2018, she worked as a host for Emmy Award-winning daytime show The View. Without a doubt, Sara made a hefty sum through her stint at The View.

As for a fact, the current The View anchors Joy Behar earns $2.5 million per year while Whoopi Goldberg allegedly pulls in $5 million annually.

Thereafter, Sara joined NBC Today Show as Contributing Correspondent alongside Kathie Lee Gifford and Hoda Kotb for 4 years until March 2013, before she left for ABC News.

From September 2013 to September 2016, Haines served as correspondent for ABC & later was appointed as a permanent co-host of The View in its 12th season- the season premiered on September 6, 2016.

After 2 years at The View, Sara Haines got to work as co-anchor on ABC’s GMA Day in September 2018 alongside Michael Strahan, which led the program to be renamed as Strahan & Sara.

Ever since Haines is working for ABC’s Strahan, Sara and Keke, that pulls in massive fame & fortune to her account.

Lives In Brooklyn With Husband & 3 Children

Indeed, with such a hefty million dollar fortune, Sara enjoys a lavish lifestyle & often posts the adorable moments spent with her family & friends on Instagram.

As of February 2020, Sara has over 279K followers on Instagram (@sarahaines) while her Twitter followers count 552.8K.

As of now, Sara and Max are together in a marital relationship for over 5 years.

Sara Haines was born on September 18, 1977, in Newton, Iowa, the USA, to Dick Haines and Sandy Haines. Her birth name is  Sara Hilary Haines.

She has 2 elder sisters & a brother. As for a fact, her mother suffers from Parkinson’s disease.

The alumni of Smith College in Northhampton, Massachusetts, Sara holds a Bachelor of Arts degree in Government; she attended the college from 1996 to 2000.