Skip to content
Home » GOSSIP » 50 Cent Disowned His First Son Marquise Jackson: What Happened Between The Duo? What Does Marquise Do For A Living?

50 Cent Disowned His First Son Marquise Jackson: What Happened Between The Duo? What Does Marquise Do For A Living? 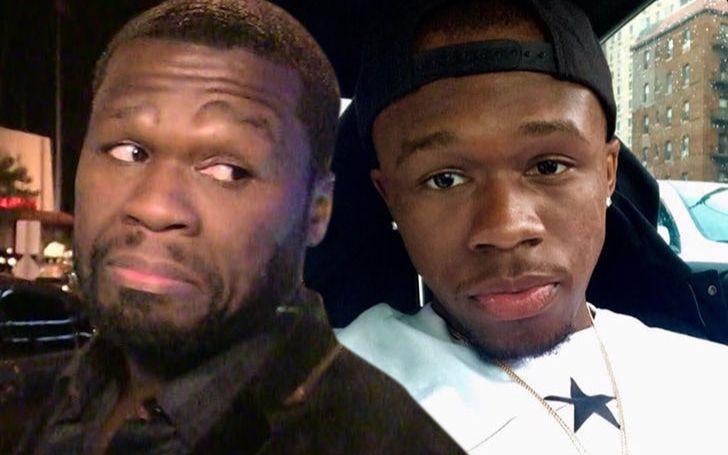 It is no surprise that parents and kids go through some family drama, but some tend to be more than just a silly fight. For example, the feud between American singer, rapper 50 Cent, and his eldest son Marquise Jackson.

Over the past years, the father-son duo has been criticizing each other publicly-Why are things so bad between them?  What happened between the two? We have all the details here.

Following the birth of his son, 50 Cent changed his outlook on life saying, “When my son came into my life, my priorities changed, because I wanted to have the relationship with him that I didn’t have with my father”. He also tattooed “Marquise” with an axe on his right biceps.

However, the lovey-dovey relationship with his son escalated to sour in 2008 when Marquise was 10.

In 2008, Cent and his then-girlfriend began fighting over an oral agreement regarding her $4 million home in Long Island, New York. The house caught fire on 30th May 2008 while Cent was filming in Louisiana.

Tompkins claimed that 50 Cent had something to do with the fire. In response, Cent sued her for making defamatory comments including the one he’d tried to kill her by setting the house on fire.

In an interview with MTV News, Cent opened up about how the feud started to affect Jackson’s relationship with his son. He accused his then-girlfriend of poising Jackson’s mind and turning his son against him.

He even opened up with Philly’s Morning Show with Shamara nad Laiya interview saying, “He’s completely embraced his mom’s perspective on me.”

Unfortunately, things got worse when 50 Cent publicly disowned his son Marquise Jackson via Instagram writing “he’s not my kid”.

During Cent’s performance at the Barclays Center, Brooklyn, Marquise was in attendance at the show dancing happily while is father performed Magic Stick and I Get Money.

When asked by one of his fans about why his son was not in backstage and is in the crown like regular people.

Cent replied, “I got a blood test that’s not my kid f**k outta here.”

One time, Cent commented “if both these little n****s got hit by a bus, I wouldn’t have a bad day.” on an Instagram picture of his 21-year-old son Jackson and the son of Supreme McGriff (one of 50’s rivals).

The fight between the father-son duo was so bad that Cent didn’t even attend his graduation ceremony for which his son took to Facebook.

What Does Marquise Do For Living?

Born in 1996, Marquise is a singer/rapper just like his estranged father 50 Cent. He made his debut from the song entitled Different. His other songs are Just Another Freestyle and Follow Your Heart which was basically dissed tracks about his father.

On the other hand, Curtis James Jackson aka 50 Cent is a successful American singer, songwriter, rapper, actor, entrepreneur, Television producer, and investor widely popular for his hit albums Get Rich or Die Tryin’, The Massacre, Curtis, Before I Self Destruct, and Animal Ambition.

His upcoming album Street King Immortal is set to be released through G-Unit Records, Caroline Records, and Capitol Records.

According to Celebrity Net Worth, Cent is estimated at around $35 million as of 2022.